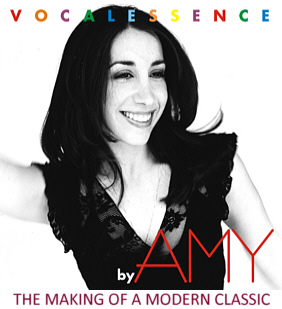 Funny how magic happens… When Amy had come to the studio to hear the mix for Just Look Up, she casually mentioned, “That’s kinda cool.” I looked at her as if I’d never heard that expression before and said, “That’s a song!” and proceeded to write Kinda Cool later that evening. When Amy returned to the studio the next day, she heard Kinda Cool and was once again amazed. I explained that I honestly had never written this kind of stuff before I started working with her… It was truly a magical experience for both of us.

I knew this song would be best supported by a fine jazz trio so I brought in the best: Jeff Colella on piano, Randy Landas on bass and Rod Harbour on drums. I created music charts for the trio and lyric sheets for Amy. Then I set everyone up in the studio–Rod in the drum booth; Jeff on our beautiful Yamaha Conservatory Grand piano and Randy with his vintage upright bass, both in the main room. Amy sang in the vocal booth and we had a great live recording session.

Each take had its moments, but when take 5 was complete, I called everyone into the control room to have a listen. As far as I was concerned, that was the one. And sure enough, you can hear Amy say “Kinda Cool, Take 5” at the very beginning of the song. Some mellow strings provided the finishing touch to this modern standard.

Kinda Cool was awarded First Place in the 14th Annual Great American Song Contest, Adult Contemporary category (announced March 30, 2013). What a fitting recognition of the songwriter, the singer, and the players who brought those two special words, to life…

next…  Give Vocalessence by Amy