My name is Randall Michael Tobin, an award-winning songwriter and music producer in Los Angeles. I have completed work on a new album “Vocalessence,” by a truly amazing artist, Amy, and I have an idea that I think will be totally beneficial to all concerned: a marketing partnership between Amy and your company!

I didn’t arbitrarily pick your company as the perfect fit for this alliance; Amy is very much into fashion, and specifically, SHOES! So much so, that I told her during the making of “Vocalessence” that we should write a song that celebrates shoes, and we did! The song is “Puttin’ My Foot Down” and it’s not only a fun song, but edited down to 30 seconds it becomes the perfect ad campaign for a fashionable shoe company! But not just any company…

Much like established concert acts have tour sponsors, Amy is looking for the right company with which to grow. I think your company is the best choice. But there’s much more to the story than that… 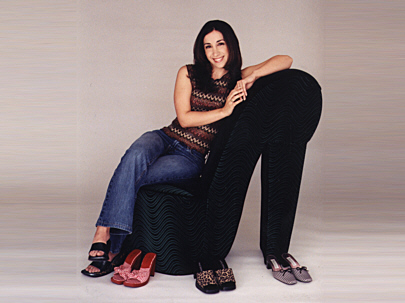 PUTTIN’ MY FOOT DOWN – AD EDIT

You might think, that’s all well and good, but what’s Amy got to offer your company? Good point…

First, we have a completed album, the likes of which could be compared to “Come Away with Me” by Norah Jones, “Tapestry” by Carole King, “Carpenters Greatest Hits,” “Céline Dion,” etc. “Vocalessence” evokes shades of all the above artists, plus a dash of Manhattan Transfer and Sheryl Crow. The CD need only be manufactured in sufficient quantity to fulfill the expected demand for physical product. Digital download formats have already been created. (The initial pressing of 1000 CDs is down to less than 100 left, and before more are made, we would like to add your company’s brand in various places throughout the CD package.)

Second, we have already achieved a respectable organic growth as the album officially launched in May of this year with the release of Amy’s first video (you guessed it…), “Vocalessence!” which has already exceeded 21,000 views.

Third, there is Amy herself. Amy is a special artist with something to say and a way of saying it through her music that connects with those who appreciate and value great songs, positive messages, honesty, sincerity and playfulness. Amy could be a spokeswoman for your company. As for her singing, Music Connection magazine just released their July 2013 issue with a review of Amy’s music on page 56. The reviewer stated, “No question that Amy can sing circles around most other ‘singers’ today.”

If you haven’t already, I invite you to explore this web site where you’ll get the whole story of “the album that should have never been made.” You’ll also get to hear the music and see the video, as well as read the Press and Listener reviews we’ve received so far. I recommend you start at the first tile (“press to play”) to get the whole story. Along the way, you’ll get to hear a nice bit of “Puttin’ My Foot Down,” as well as the most recent Great American Song Contest First-Place winner, “Kinda Cool.”

I believe your company and Amy could make beautiful music together (and sell lots of your company’s brands to her fashionable fans!).

You can reach me at rmt@thetasound.com

Here’s to a Perfect Fit…